We will file this album in the COLEMINE Section.

Extended bio under the tracklisting.

Recorded between Kelly Finnigan’s Transistor Sound in San Francisco and Fifty Filth Studio in Oakland and mixed by Orgone’ producer Sergio Rios and Kevin O’ Dea, Record Kicks is proud to finally present Solid Ground, the long-awaited debut album by US very finest deep funk & soul outfit The Grease Traps. The album is set for worldwide release on November 5 on vinyl, CD and digital format. The band, based in Oakland, CA, is the latest addition to Milan-based Record Kicks roster. Active since 2002, with a 45 released on well-respected funk/soul label, Colemine Records, now, after six years spent working on the album’s recording and mixing, they are ready to present their first full-length release Solid Ground on Record Kicks. The album is anticipated by the two killer funk singles “Bird of Paradise” and “More and More” on limited edition 45 vinyl.

As avid record collectors and fans of that old school analog sound, Solid Ground was recorded straight to 8-track tape on a Tascam 388, which also graces the cover art. Half of the tracks were recorded live at Transistor Sound Studio by soul crooner, Kelly Finnigan, and Ian McDonald where both Kelly and their band, Monophonics, have recorded their last few albums. The other half of the tunes were recorded by Kevin and Aaron at Fifty Filth Studio in Oakland, CA where the band also rehearses and mixed by analog-obsessive Orgone producer Sergio Rios. The album’s original tunes draw from the Traps’ various soul influences ranging from gritty funk (“Bird of Paradise” and “Hungry”) to fuzzed-out psychedelic (“Residue”) to sweet lowrider soul (“More and More”). The lyrics by lead singer The Gata also don’t shy away from pressing issues of the day such as racism in America (“Roots”) and finding hope in a world that seems pitted against you (the JB’s style “Solid Ground”). The rare funk covers from the album provide a taste of the raw energy one would experience at a Grease Traps live show. The Traps also supplemented their sound with special guests including the Monophonics horns, background vocals from seasoned Bay Area vocalists, Sally Green and Bryan Dyer, as well as strings organized by Kansas City master viola player, Alyssa Bell.

The seed of The Grease Traps formed back in 2000 when keyboardist, Aaron Julin, answered an ad put out by guitarist, Kevin O’Dea, searching for players who were hip to the rare grooves laid down by Blue Note artists such as Grant Green and Lou Donaldson. They quickly formed Groovement, covering those same artists along with other jazz-funk staples. When their sax player and frontman moved away, they switched gears to form the band, Brown Baggin, getting into the harder funk of the JB’s, the Meters, Kool & the Gang, and lesser known acts such as Mickey & the Soul Generation. They also started digging into the rare funk compilations put out by Keb Darge, Jazzman Gerald,and labels like Harmless, Ubiquity, Soul Jazz, and Now-Again. Modern day soul and funk outfits such as Breakestra, the Whitefield Brothers, and the Daptone/Soul Fire crews provided additional inspiration.

In 2005, while still playing with Brown Baggin yet fed up with juggling the schedules of seven band members, Aaron and Kevin put out an ad to find a bassist and drummer to jam with as a quartet. The first two cats to show up were bassist, Goopy Rossi, and drummer, Dave Brick. It was clear from the get-go that this rhythm section had great chemistry. Originally intended as a fun side project, the Traps quickly took priority as Brown Baggin dissolved. Performing as an instrumental quartet for a number of years, they eventually expanded their repertoire to include horns as well as that sharp-dressing soul brother, The Gata, on lead vocals. Over the years, they’ve shared the stage with acts such as Shuggie Otis, Robert Walter, Durand Jones, Monophonics, Neal Francis, and Jungle Fire. 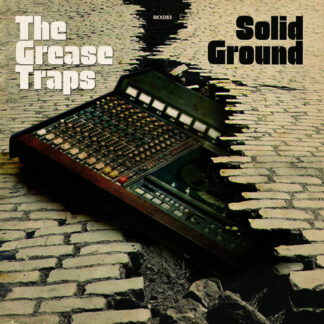