In March 1984, Marillion released their second studio album Fugazi, which went on to be certified gold and reach number 5 in the UK albums charts. The album spawned two singles Assassing and Punch & Judy, reaching #22 and #29 on the UK singles charts respectively. Fugazi was the first Marillion album to feature Ian Mosley on drums and percussion, replacing Mick Pointer after the highly successful Script For A Jester’s Tear. It also included Fish, Steve Rothery, Pete Trewavas and Mark Kelly.

Brand-new 2021 remixed stereo versions by Andy Bradfield and Avril Mackintosh, who also remixed the deluxe editions of Script For A Jester’s Tear and Clutching At Straws. They also include a show from The Spectrum, Montreal, Canada recorded in 1984. The performance includes fan favourites from both Fugazi and their debut album Script For A Jester’s Tear in the form of tracks such as Jigsaw, Incubus, He Knows You Know, Chelsea Monday and much more. It also features a performance of the B-side Charting The Single. 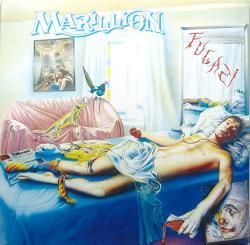