Playing loud-and-proud Hard Rock that mixes strutting ’70’s-style arena sounds with a dash of Grunge-era sneer, that’s Monster Truck.It’s been two years since the mighty ‘Sittin’ Heavy’ came out and in the 18 months that followed its release, they played over 150 shows, which included arena tours with Nickelback, Billy Talent and for the final ever European Deep Purple tour. They also played with Black Stone Cherry, Volbeat, The Temperance Movement, Jane’s Addiction, Rob Zombie and Alter Bridge. ‘True Rockers’ is a statement of intent, and features a guest appearance by Mr. ‘I Wanna Rock’ himself, Dee Snider of Twisted Sister’. 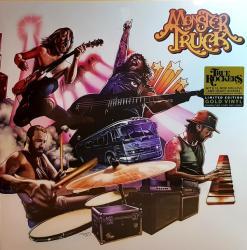