Tale Of My Lost Love

3 in stock (can be backordered)

Vicki and Ronni Gossett launched their musical career as teenagers in Whittier, California in 1966. They called themselves the Female Species. Members came and went; their base of operations moved to Las Vegas, back to LA, and over to Nashville. Along the way their sound transformed from garage rock to lounge to countrypop, the only constant being an innate mastery of hooks and harmony. These ladies had it.

Over the years, they crossed paths with The Carpenters, Paul Revere & The Raiders, The Judds, and seemingly half of the industry’s power players, rebuffing all untoward advances, focused always on their craft. In the 1980s they became staff songwriters for music publishing companies in the hit-making business. Relentless pushing landed them a once in a lifetime audition before the court of RCA’s top executives — the kind of new talent showcase that almost never happens after 30. Vicki and Ronni were by then in their 40s.

Tale of My Lost Love is the whole story from beginning to end of two sisters who gave everything to their dream, yet never made a single record… until now. Sometimes great music just isn’t enough to break through — until it is. Numero Group is thrilled and proud, at long last, to introduce Female Species. 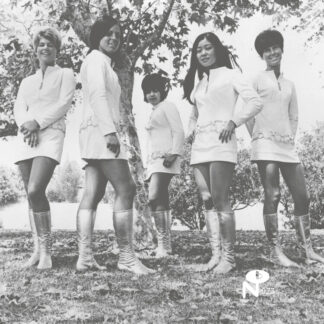